The Embassy in Kabul is a high priority for the U.S. Government, and many senior diplomats have answered the call to serve here.  In fact, there are multiple ambassadors on the roster.

The compound where we live and work is not a huge place, and I frequently run across the senior leadership.  I see them at work, of course, but I also see them in the cafeteria, in the gym, at the library, randomly on the grounds, at the store, and so forth.

The strangest experience for me, however, was in the laundry mat.  I had a load of wash running and when I came back to move it to the dryer, one of the ambassadors was using the next machine over.  On the awkwardness scale, this seemed about one step better than if the two of us had been using adjacent urinals.  Standing with your underwear in your hand in front of the top brass can have that effect on some people, I suppose.

The encounter was a good reminder, though, that even ambassadors put their pants on one leg at a time. 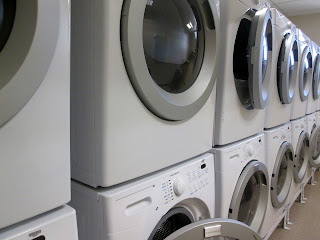 After a full day of work, I came home and put some Marvin Gaye on the stereo as one does.  Not 20 seconds into "What's Going On?", there was an explosion outside.  My living-room windows were shaking, and for a moment I just stood in place.  The blast sounded close.

"Was the compound hit?" I wondered.

I knew the Marines would be making an announcement soon, and indeed, after a slight delay, the alarms were activated.

I was already in a reinforced building, so other than getting away from the windows, I didn't need to take any further action.

The sirens and announcements continued for several minutes; Marvin kept it soulful in the background.

"Everyone remain under cover!" the Marine barked.  "RSO [the regional security office] is investigating the blast."

Within minutes, even as the Marine was still talking, details of the explosion appeared on my blackberry.  A suicide bomber had detonated himself 1.4 kilometers (0.9 miles) from the Embassy.  Twelve lives, including three American, were taken, and nearly 70 people were injured.

After maybe 10 minutes, the all-clear was sounded, and we were instructed to resume normal activity.

To be honest, while it had been startling, I wasn't really shaken by the event.  I was safe in my cocoon.

While I didn't think he was in danger necessarily, I tried to reach Eitan just for peace of mind.

I wouldn't hear back from him for two hours, and he was perfectly fine when we spoke.  From where he was standing when the bomb went off, he was better insulated and it didn't sound very intense to him.  As such, he didn't feel any urgency to call me, and he finished what he was working on before he did.

The explosion itself hadn't jarred me, but the two hours that followed seemed like an eternity.  And this might be the only downside to coming here on assignment with someone else.  Once you realize you yourself haven't been killed or maimed, you still have another person to worry about.

Since my office was running low on paper, I placed an order to get some more.  I logged onto the Embassy's supply catalog and ordered five reams of 8 1/2 x 11 inch white paper - the standard for American offices.  I ordered the magic number of five because that is generally the number of reams in a case.  A few days later, my paper arrived, and it wasn't in a case.  It was five loose reams in a plastic bag.  Not only was the paper not in a case, but each of the reams was a different brand.  Most sizable embassies order copy paper in bulk, probably by the pallet, so I was curious how we came to have a hodgepodge like this.  Besides not matching, the wrapping on each ream was also torn and soiled, leaving me to wonder if perhaps my paper had been wrestled from the Taliban.  While I never did solve the mystery, I found the whole episode fascinating.

Great narrative, Chris. No surprises, but its interesting to read a first-person account of life in the compound.

Get "days of the week" underwear and see what sort of conversation that evokes :)
Michele

Thank goodness you are safe. Thinking of you!